An interesting fact is that Belgium (new window) is separated into 3 regions mainly due to differences in language – French and Dutch speakers. The regions are Flanders in the north (Dutch), Wallonia (new window) in the south (French) and Brussels in the center (Bilingual). There is also a small German-speaking area called the East Cantons.

Discover the beautiful regions of Belgium 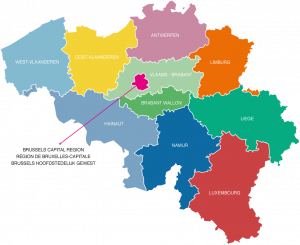 If you wish to extend the experience, we invite you to discover all the charm of the region by enjoying its many attractions. You will appreciate the diversity of its offer: art and culture, pleasures of gastronomy, music and folklore, nature and flora, walks or hikes, relaxation and well-being. Discover now the unique tourist offer of Wallonia, the green destination of Belgium. In addition to its offer of nature and flora, walks and hikes, you will explore its other assets something to seduce everyone!

If you wish to discover the region, before or after the Summit, we invite you to consult
the accessible accommodation offerings in the region here (new window).